Stay Home and Stay Connected: Live Streams Not to Miss

Even at a distance we are together. Despite venue closures and show postponements, due to coronavirus, artists around the world are coming together to provide a supportive space on the internet. If you’re looking for ways to support artists at this time, a way to combat boredom and stay positive simply tune in and stay connected.

Here are some live streams over the next few weeks featuring performances, creativity tips and support. We will update the list as more artists take part.

March 26th – B.C. based singer, Of Candor will be performing an intimate acoustic day show at 2p.m. MST via Facebook .

March 26th – Tyler Shaw is back for a second edition of Quarantine Fest. The virtual music festival will feature artists such as Kayla Diamond and Josh Ramsey amid the all Canadian line-up with an extra surprise guest TBA during the Instagram stream at 8 p.m.

March 27th – ECMA “Songwriter of the Year” nominee, Adyn Townes, will be doing a live stream concert on Facebook and Instagram at 7p.m ET.

March 27th – Angela Saini is back for a second instalment of “Friday Night on the Bright Side,” at 9pm ET. Live on Facebook with an encore via Instagram.

March 28th – Park Sound Studio (Virtual Concert Series #2) will feature a number of BC artists performing from their homes via Instagram Live. Elise Boulanger and Sam Lynch, Bre McDaniel, Builder & The Banshee , Charlie Kerr (Hotel Mira), EKOTI, and Wild Dove are a few names in the line up taking place at 6 PM PDT.

April 4th – FemFolk, a woman run and representing record label, is hosting a series of livestreams. Of Candor, Billie Zizi and Elena Sirett have all taken part and this Saturday Elise Boulanger will welcome fans to her at home performance. Tune in on Facebook at 7 p.m. for the show.

April 7th – Folky indie rock duo Flint and Feather are doing a fundraising live stream for Musicians with Children.  Donations are not required but welcomed during their afternoon Facebook Live stream. Catch them live at 3 p.m. MST.

April 9th – Tyler Shaw is back for Quarantunes Fest #4. Joined by The Command Sisters, Ezra Jordan and Scott Hellman, each artist will perform and give audiences an intimate look fans haven’t seen before. Join in at 8 p.m. ET via Instagram.

April 13th – National Arts Centre and Ben Caplan have partnered to bring a total of 7 live shows in one day.  The performances will take place via Caplan’s Facebook and are apart of Canada Performs, a temporary relief fund to pay artists during COVID-19.

April 19th – 26th – Ben Caplan has announced a second and third set to his tour from home via his Facebook live account. One hour sets will take place each Sunday.

Devin Cooper & Friends are back for another weekly Thursday run. Every week at 7pm ET, Cooper will livestream via Facebook and Instagram with surprise guests changing on a weekly bases.

Myles Costello has embarked on a multi-city tour…from his living room that is. Costello Quarantine Live, will feature the artist performing from various Instagram accounts across North America. The sets will include performances, Q&A and unreleased singles. Check the dates and platforms below and be sure to tune in.

Posey has announced a five date tour with guests Bedhead and Favvkes. The tour is set to take place in a new room of her home with promises from the singer of being unique and weird. Tune in to Instagram at 7 p.m.

Electronic artist Secli will be performing twice weekly from her Calgary-based home. Thursdays will offer a DJ set at 7pm MST viewable from Facebook live and Instagram live. While every Sunday at 12pm MST will be improvised ambient set for meditation, viewable from the same platforms. 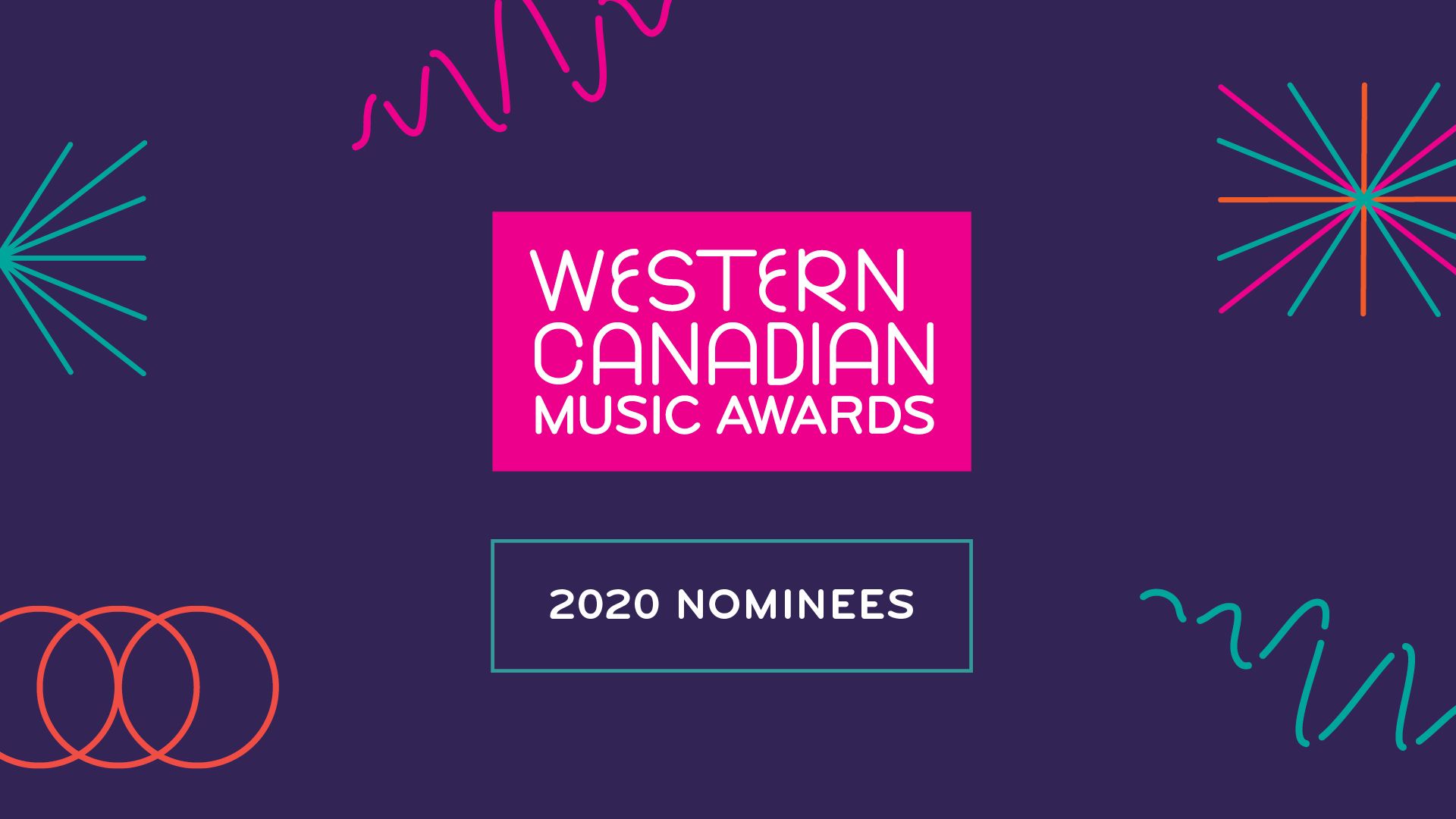 Take a look at the 21, CMI-supported Nominees, for the 2020 Western Canadian Music Awards. 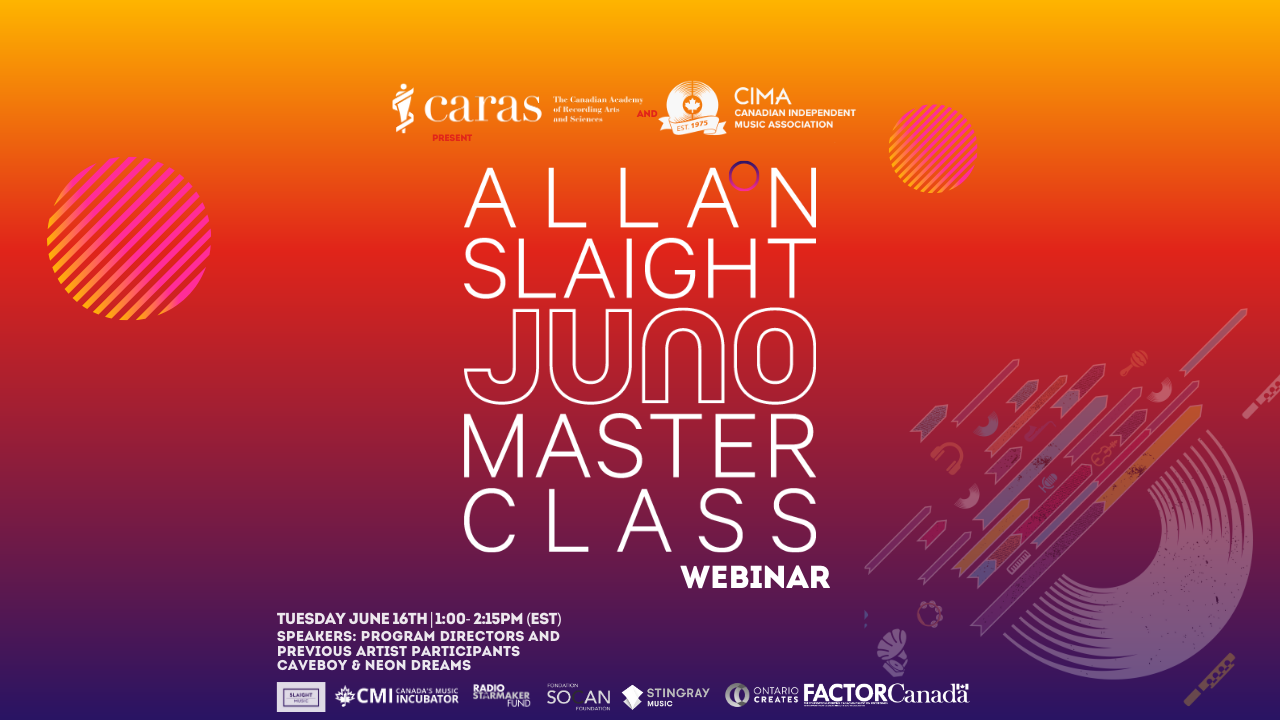 August Session of Artist Entrepreneur to be Delivered Virtually