We first met Toronto folk soul Jeremy Voltz during our Artist Entrepreneur program in 2018.  Since then, he has gone on to sign with publishers Hyvetown Music, he was named as a top-10 finalist for Slaight Music’s It’s Your Shot 2021,  and he has just released his first full-length album, Weekender. The CMI-supported Voltz took some time over email to catch up with our team to speak about mental health, connecting with audiences and share exciting news about what comes next. 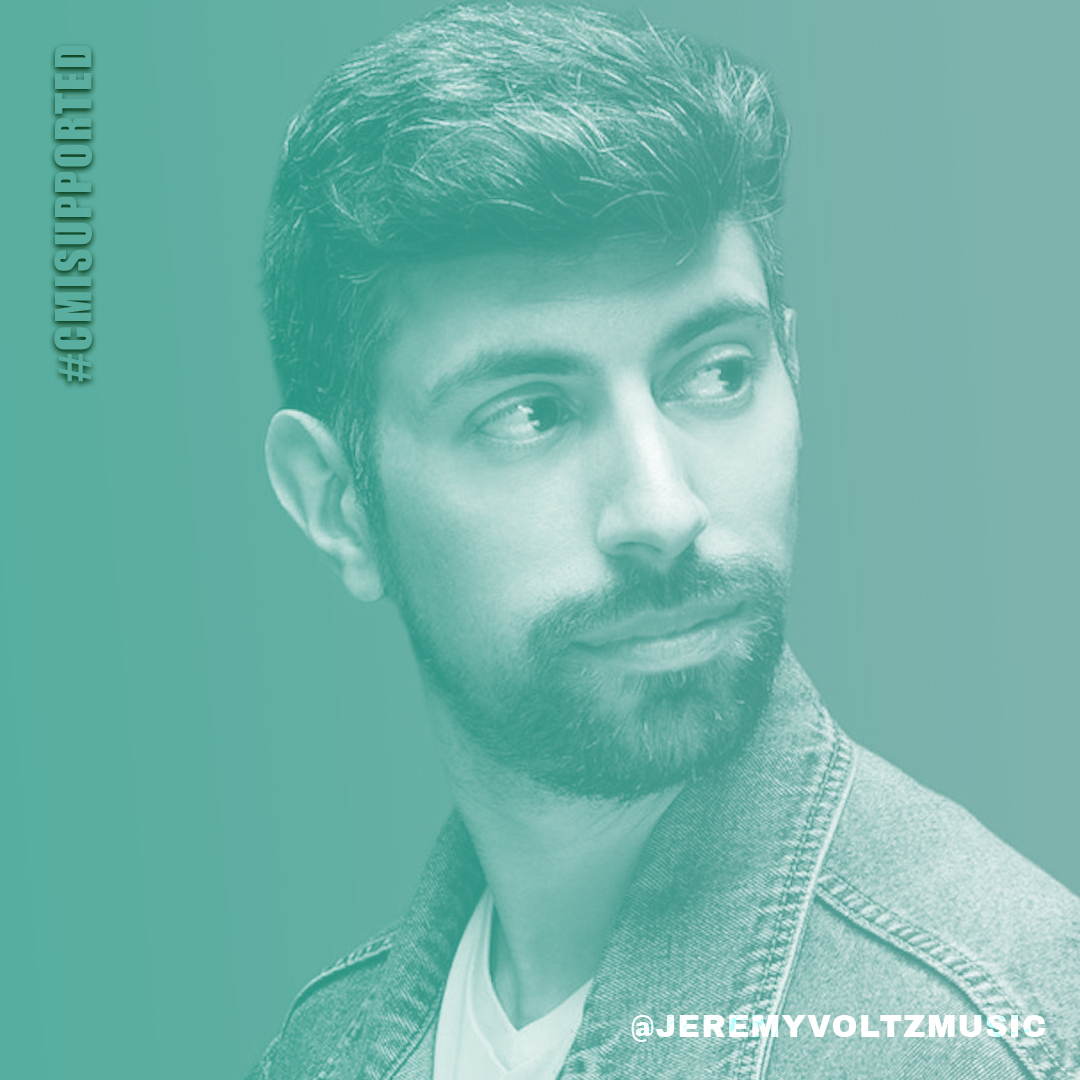 How has COVID challenged your outlook as an artist and how has that translated into your projects?

We are social creatures, and I draw much of my strength and artistic vision from the relationships in my life.  During COVID, I was much more disconnected from people, and this was a serious roadblock in my songwriting.  My songs are often conversations with the people in my life, and so during the pandemic I found myself able to write less.  Luckily, I had songs saved up, so during the pandemic I was able to focus on recording and bringing those existing songs to life.  And so, I am focused now on releasing new music.  I just wish I could support these songs with a live show, which is also so important to me as an artist.  I don’t feel like the songs come to life unless they’re in front of an audience that I can connect with.  In short, this has been a very disconnected time.

What do you think is the most important thing about releasing music during a time when the world is still at a distance?

The most important thing, which I found out the hard way, is mental health.  Many musicians turned to recording during the pandemic, and there is a huge amount of music being released.  And we are all unable to tour our projects and get the word out that way, so we are all utilizing social media as a primary driver.  Social media use is correlated with poorer mental health.  And the other thing to consider is that every musician loves making music, but very few people enjoy the process of releasing music.  It is largely administration, it feels like a battle for attention, and there is the inherent stress and fear of putting something out into the world to be judged that you’ve toiled over for years.  It is unfortunately easy to tie your self-worth and sense of purpose into the success of the release, which is extremely dangerous.  Taking care of ourselves and staying mentally healthy is a challenge.

How are you connecting with your audience and what advice would you give to other musicians about connection?

Missing the live show connection is hard.  I find social media a pale comparison to being in the room with a crowd of people who are enjoying what I do.  Having to bring that connection to Instagram stories and posts is a difficult challenge.  First, I’d say to honour your fans and never take anything for granted.  If a stranger reaches out about how much a song means to them, it is a precious thing and I absolutely cherish those moments.  My job is to make them feel special, to make them feel connected to something greater than themselves, and I give all the attention and time to those connections that they deserve.  We are nothing without our audience.

How have you adapted and harnessed your creativity during lockdown living?

I’ve been lucky to have had songs saved up.  I’ve honestly struggled with creativity during lockdown, because so much of my writing comes from the people in my life.  Luckily, recording songs is also a creative pursuit, so I’ve been able to think about arrangement and production and that has scratched some of the itch.  But the more things open, the more I’m able to write again, which I’ve really missed.

How do you find yourself utilizing the skills from Artist Entrepeneur into your current career space?

I check in with Vel at CMI regularly, and his mentorship since the program has been invaluable, including helping me sign a publishing deal with Hyvetown Music, which happened during the pandemic.  One good thing about the pandemic was that people were very available, including industry.  Everyone was at home checking their emails, so it was possible to start some dialogues that would have otherwise been difficult. Currently, the skill I’m most utilizing is patience, recognizing that a career is not built by single important moments, but by the constant slow growth that occurs from working diligently and serving my fans.  And always, my biggest takeaway from CMI was how many industry professionals all said the same thing: All that matters is the song. And the more I make music, the more I’ve come to believe that.  So, I’m always thinking about the song, how good it is, and what it will mean to people.  If it’s good for your fans, it’s the right thing to do.

What can we expect from you in the future?

I’m very excited to be launching the album I made during the pandemic, which was produced by multi-JUNO-winning producer Michael Wojewoda (Barenaked Ladies, Buffy Sainte-Marie, The Jerry Cans).  It came out October 22nd, and we made a fun, campy, Scooby-Doo inspired music video for it that I can’t wait to share with the world.  We’ll also be doing an album release show Nov 11th at 3030 in Toronto, and I’m pulling out all the stops for my first real live performance in almost two years.

I’ve also been working with my friend Oliver Charles in Montreal (whom I met during AE) on a groundbreaking album that will be coming out in 2022.  Stay tuned!